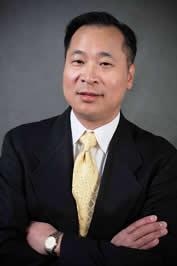 Dr. Lee received his undergraduate degree at Princeton University in 1985 and attended medical school at the State University of New York at Stony Brook where he received his medical degree in 1989. After completing a 2-year residency in general surgery and a 4- year residency in urology at the Long Island Jewish Medical Center in New York, he pursued a 2-year fellowship in pediatric urology at the Schneider Children's Hospital (now known as Cohen Children's Medical Center) in New York. Board certified in urology, Dr. Lee has been practicing in Berkeley since 1997. He offers a full complement of adult urologic services such as the treatment of benign and malignant prostate disease, bladder cancer, stone disease, male infertility, and vasectomy. He specializes in the treatment of urologic conditions in children such as hypospadias, vesicoureteral reflux, undescended testes, inguinal hernias, hydroceles, and renal obstruction. Dr. Lee is a member of the American Urological Association, a Fellow of the American College of Surgeons, and a Fellow of the American Academy of Pediatrics. He had formerly served as the chief of pediatric urology at Children's Hospital Oakland and has been a Board Member of the Regional Center ofthe East Bay. He is proficient in Cantonese and speaks some Mandarin. 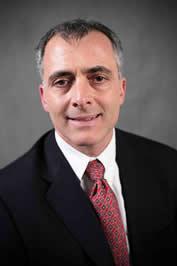 Dr. Pienkny is a transplanted New Yorker who received his undergraduate degree in psychology from Brown University, and then went on to Harvard Medical School where he received his M.D. in 1994. He completed his urology residency at the Cleveland Clinic, before settling in the Bay Area in 2000. Dr. Pienkny is Board Certified in urology, and practices general adult urology with a special interest in voiding dysfunction, incontinence and vasectomies. He also performs minimally invasive surgeries for enlarged prostates, and kidney stones. Dr. Pienkny has been a past member of the medicare committee for Alta Bates Medical Group. He is an active member of both the American Urological Society as well as the California Urological Society. When he is not at work, Dr. Pienkny can often be found jogging along the Iron Horse Trail, snowboarding in Tahoe, or taking in a baseball game with his teenage son Max. He and his wife Christin live in Alamo with their son, where they are also active members of Congregation B’nai Tikvah. 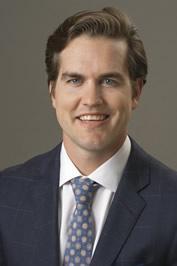 Daniel T. Oberlin, MD is a fellowship-trained urologist in the East Bay of San Francisco (Berkeley, Oakland). He treats all types of urological conditions in men and women with a focus on minimally invasive urologic oncology. Dr. Oberlin completed his undergraduate degree with honors from Dartmouth College. He went on to Case Western Reserve University for his medical degree where he was awarded research grants from the NIH to study kidney transplantation at the Cleveland Clinic. Dr. Oberlin completed his residency at Northwestern University and achieved accolades including winning manuscripts and presentations at national meetings as well as first place awards during research presentations. His research attracted national attention in prostate cancer care, kidney stone treatment, and practice patterns in urology. Dr. Oberlin completed a fellowship in oncology and robotic surgery at the University of Southern California. He performed hundreds of robotic surgeries while at the highest volume robotics program on the west coast with internationally recognized leader in the field of robotics. Dr. Oberlin continues to contribute to academic urology publishing in major urologic journals and currently serves as peer-reviewer for several leading journals. Dan is the proud father of a beautiful daughter and lives in the East Bay. His interests outside of urology include fly fishing, skiing, hiking, and traveling. Dan and his wife Pisey look forward to being active members of the Berkeley and Oakland communities. 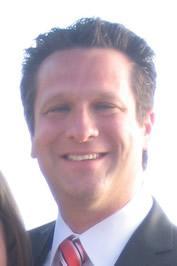 Dr. Greg Barme joins Golden Gate Urology after 15 years in private community practice in Newport Beach. California. He served on the Medical Executive Committee and as the Chairman of Urology at Hoag Memorial Hospital, a large, community based medical center in Newport Beach. Dr. Barme grew up in Los Angeles and went to U.C. Berkeley for his one undergraduate degree. He then went to medical school at U.C. San Diego and did his Residency in Urology at Yale University. He then settled in Southern California with his wife and two kids. He spends much of his free time outdoors, skiing, hiking, and camping with his family and friends. An avid piano player, he is a fan of all types of music and arts. He loves providing outstanding and comprehensive urologic care to his patients. He practices general urology, with special interest in kidney stones, urologic cancers, infertility, vasectomies (he has performed over 2000), and urinary and sexual issues facing the aging population. He looks forward to relocating to the East Bay with his family and meeting you soon. 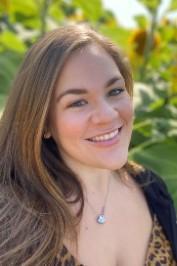 Dani is a Bay Area transplant originally from Baltimore Maryland, where she worked 11 years for the James Buchanan Brady Urological Institute at Johns Hopkins. She completed her Bachelor of Science in Psychology at Stevenson University in Maryland. She then moved to California to further her education and soon after completed her Master of Physician Assistant at Samuel Merritt University in Oakland. She is currently a member of the American Academy of Physician Assistants and the American Urological Association. Her interest for urology includes but is not limited to Urological urgent care, men’s bone health, pessary placement and prolapse care, overall urological health and wellness for all patients in a compassionate and caring environment. When she is not working, Dani's interest include exploring California beaches, wineries and everything in between, Baltimore sports teams (Go Ravens and Orioles!), travelling and fostering Bay Area rescue dogs.