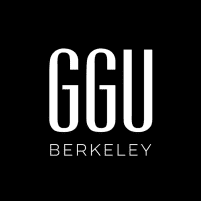 A vasectomy is a simple and effective procedure that offers you a long-term solution for preventing pregnancy. At Golden Gate Urology Berkeley in Berkeley, California, urologists Joel A. Piser, MD, Chi K. Lee, MD, Andrew J. Pienkny, MD, Daniel Oberlin, MD, and Greg A. Barmé, MD, offer both conventional and no-incision vasectomies. Dr. Oberlin and his team specialize in personalized urologic care using the most cutting-edge technologies. To find out if a vasectomy is right for you, call the office or book an appointment online today.

How is a vasectomy performed?

Sperm is produced in your testes and travels through two tubes called the vas deferens before it makes its way out the urethra during ejaculation. A vasectomy is the process of blocking these tubes to prevent sperm from exiting the body.

During a conventional vasectomy, your doctor makes an incision on each side of your scrotum to reach the vas deferens. Your doctor then cuts the tube and blocks off each end with heat or sutures. Your doctor repeats these steps for the second tube and seals your incisions with dissolvable stitches.

What is a vasovasostomy?

If you’ve had a vasectomy but want to restore your ability to have children, Golden Gate Urology Berkeley also offers vasovasostomies. Also known as vasectomy reversal, a vasovasostomy is a simple procedure your doctor uses to reconnect the pathways that allow sperm to mix in with your semen.

To perform the procedure, your doctor locates the sealed off ends of your vas deferens. Your doctor then reconnects the tubes using very small stitches. Although vasectomies can be reversed, it’s best to hold off on the procedure until you’re definite about your decision. During your consultation, your doctor helps you determine if a vasectomy is right for you.